Dr. W. Barnett Owen shared a vision for improving the lives of children throughout Kentucky and Southern Indiana. A native of Hart County, Dr. Owen moved to Louisville in 1893 with his parents. After graduating from UofL Medical School in 1903, he later became a professor of orthopedic surgery at his alma mater, as well as chief of orthopedic surgery at General Hospital and Children’s Hospital.

He was a prominent member of the Jefferson County Medical Society and Kentucky State, Southern, and American Medical Associations and nationally known orthopedic surgeon. Dr. Owen was best known for his work as chief of staff of the Kosair Crippled Children Hospital, a post he held from 1925 after the founding of the hospital. He was also a member of the first board of directors. 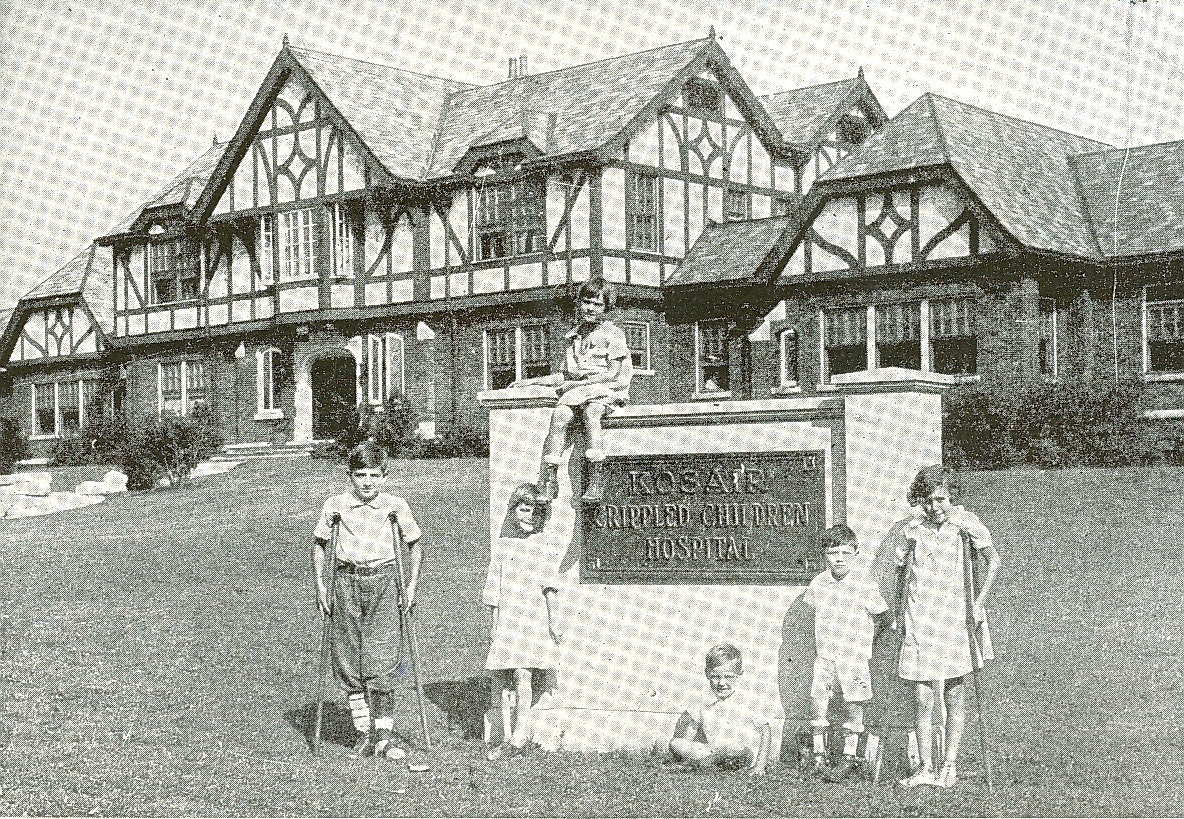 In the 1920’s, Dr. W. Barnett Owen as well as physicians, doctors, lawyers, and other community leaders recognized there was an urgent need to provide long-term medical care to crippled children in the Louisville area and throughout the state. In 1923, the Kosair Shrine Temple formed Kosair Charities Committee, Inc. and purchased six acres of land on Eastern Parkway for a hospital where children could receive quality healthcare. (Read More about the Shrine and Silent Messenger). The hospital was owned by Kosair Charities. In 1926, the hospital opened and on May 11 the first ten patients were admitted. The hospital grew very quickly in the 30s adding a new wing, and 40s-50s when polio was a top treatment priority. In the late 1970’s, the Kosair Charities Committee began to collaborate with the Children’s Hospital, part of Norton Infirmary, under the advisement of University of Louisville pediatric physicians. This resulted in the consolidation and merger of Kosair Crippled Children Hospital and the Children’s Hospital, effective May 1, 1981.

Now a granting organization, Kosair Charities was able to broaden its scope of support, begin providing instrumental grants, as well as individual help to families through the Kosair Kids Financial Assistance Program. Today, Kosair Charities is the largest charity for children in the history of Kentucky and Southern Indiana. For nearly a century, Kosair Charities has helped children reach their potential while overcoming their obstacles.