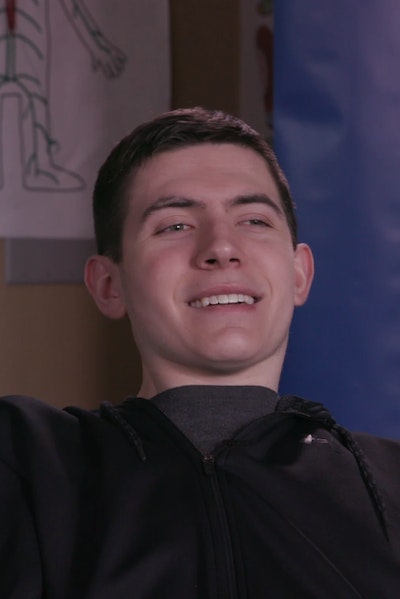 When Shane was 14, he contracted a virus that left him paralyzed from the neck down. Similar to polio but not nearly as well known, acute flaccid myelitis effects approximately one in one million people each year, most of whom are 18 and younger.

At an age where kids start to gain their independence, Shane suddenly lost his.

“It’s crazy. One day I was a regular kid…attending school and getting ready for summer. And the next I just didn’t feel good,” said Shane. “All of the sudden, I couldn’t move from the neck down.”

Shane needed intense physical and occupational therapy from the Kosair Charities Center for Pediatric NeuroRecovery Program at the University of Louisville to regain the movement he lost below his neck. But even after insurance, therapy was costly. Knowing Shane needed to continue therapy to reach his full potential, his parents turned to the Kosair Kids Financial Assistance Program for help.

Because of our donors generous support, not only was Kosair Charities able to help when Shane needed to continue the therapy that was teaching him to walk again, he was also given an automatic wheelchair to give him the independence he craved at 17.

Shane can now attend school and hang out with his friends more easily without his parents worrying about him falling or getting around.

We asked Shane what the additional therapy and equipment mean to him. Shane responded, “It means the world to me. Without the therapy, I wouldn’t be where I am now. I just want to be more independent, that’s my goal.”

With a chuckle, he added, “Like any normal 17 year old, I just want to get away from my parents. The wheelchair has an automatic setting so they don’t always have to walk me.”