Congratulations to the winner of 2019 Kosair Shrine Classic Car Giveaway, Harper Smith. The 2019 classic car was a 1933 Ford pickup truck with a V6 engine.

In 2009, the late Bob Beatty began hitting the town each year with a classic car in tow to help raise money for Kosair Kids® in need of life saving organ transplants. Every year since Bob and his team started the Classic Car Raffle, a classic car has been taken around town where $10 chances have been sold. Since 2009, the Classic Car Raffle has raised hundreds of thousands of dollars for Kosair Kids®. Last year, the car giveaway grossed approximately $150,000 for a cause that was so dear to Bob’s heart.

Since 2007, Bob himself was the recipient of a new heart he called “Ernie.” This second chance at life was Bob’s inspiration to create the car giveaway several years ago to help children in need. Sadly, Bob Beatty passed away in late 2014, but the tradition he began will hopefully continue for years to come. 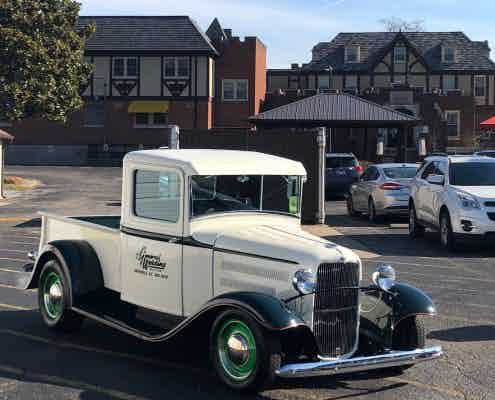