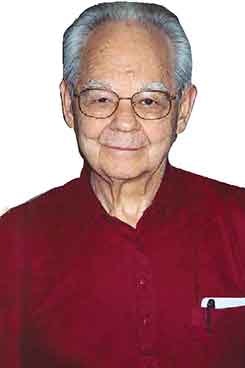 Hurt was diagnosed with a bone infection by his doctor when he was 11 years old and was immediately referred to Kosair Crippled Children Hospital (KCCH). His first stay lasted ten months and included three major operations, but it would not be his last. In fact, KCCH would become something of a home to Dr. Hurt for many years.

After his first stay, Dr. Hurt was in and out for further operations throughout his teenage years. During his many visits, he says, he was regularly urged to further his learning. He was helped in doing so by being given “odd jobs” at the hospital for compensation toward his education. He was so inspired by the love and care that he received at KCCH that he decided to become an orthopedic surgeon. He attended the University of Louisville School of Medicine and performed his general practice in Campbellsville and Bedford, Ky.

Dr. Hurt didn’t stay away from what he calls his “home away from home” for long, because he returned to Louisville to perform his residency at KCCH. After completion, he became a staff member and remained so until he retired.

Unfortunately, Dr. Hurt passed away on January 26, 2014 at The Episcopal Church Home, Louisville, after battling dementia. He will always be remembered as the self-proclaimed “oldest Kosair Kid® around.”